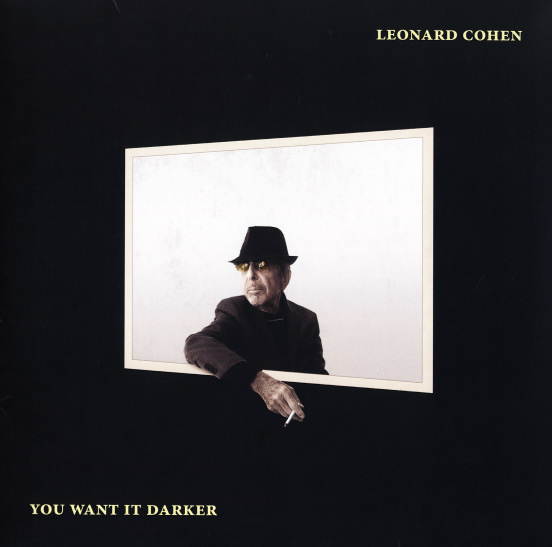 If you’ve been paying attention to my posts lately, you’ve probably noticed that I’ve been musing quite a bit lately about the nature of God and His relationship to good and evil. This is not a new thing for me. I’ve been more or less stuck inside this existential mode ever since Donald Trump somehow bumbled his way into the White House four years ago. I’ve even started writing a whole fantasy novel series exploring these sorts of questions.

Maybe that’s what drew me to this song, written by a music star who knew that his time had come to finally realize whether or not there really was an all-powerful deity behind the scenes standing idly by as evil seems to consume us all. So let’s talk about it.

Leonard Cohen probably needs no introduction at this point, but for those who aren’t aware, here’s a quick rundown:

Leonard Norman Cohen was born in Montreal on September 21, 1934. He started as a poet and novelist during the 50s and early 60s before he went into music in 1967 with his debut album Songs of Leonard Cohen, partly because there was money to be had in that field. Over the next 49 years, his folk music would become renowned for its minimalism, often dark tone, experimentation with smooth jazz and synthpop, angelic female back-up singers, beautifully melancholic lyrics that explored topics ranging from religion and politics to relationships and sexuality, and his very distinctive bass-baritone voice. He is probably best remembered today for the song “Hallelujah” from his 1984 album Various Positions, especially its various cover versions performed by the likes of John Cale, Jeff Buckley, Rufus Wainwright, and Pentatonix.

However, the Cohen song I want to focus on today is the opening and title track of the final studio album released during his lifetime. In fact, You Want It Darker came out on October 21, 2016. Cohen died seventeen days later at the age of 82. Perhaps not surprisingly, it focuses heavily on themes of mortality. So let’s see how the opening track introduces those themes.

The first verse starts with the lyrics, “If you are the dealer, I’m out of the game.” Here Cohen refers to God’s omniscience and how it gives him a rather unfair advantage since He knows every possible outcome of our choices. Indeed, Terry Pratchett and Neil Gaiman made a similar observation in their classic novel Good Omens:

God moves in extremely mysterious, not to say, circuitous ways. God does not play dice with the universe; He plays an ineffable game of his own devising, which might be compared, from the perspective of any of the other players [i.e., everybody], to being involved in an obscure and complex version of poker in a pitch-dark room, with blank cards, for infinite stakes, with a Dealer who won’t tell you the rules, and who smiles all the time.

Cohen then goes on to comment on how pain and suffering seem baked into the human condition (“If you are the healer, it means I’m broken and lame”) and how humanity can never measure up to God as long as they can fall for sin and temptation (“If thine is the glory, then mine must be the shame”). He ends the verse with the title and then the line “We kill the flame,” which may be Cohen indicating that humanity may be just as much to blame for the world’s evils as God is.

The pre-chorus begins with the line, “Magnified, sanctified, be thy holy name,” which is a translation of the first line of the Kaddish, a Jewish prayer often recited by close family members at a funeral. While appropriate considering Cohen’s Jewish background, that doesn’t stop him from indulging in some Christian imagery for the next line, “Vilified, crucified, in the human frame.” He then comments on divine hiddenness (“A million candles burning, for the help that never came”) before ending on a repetition of the title.

The second verse begins with, “There’s a lover in the story, but the story’s still the same.” This may be either Cohen looking back on his career and all of the love affairs he documented in his body of work or, if the British rabbi Jonathan Sacks is correct, him referencing the story of Abraham and Isaac. Cohen then sings about “a lullaby for suffering, and a paradox to blame,” possibly a reference to the act of prayer and how it has thus far not eased our suffering in an obvious way. He references divine hiddenness by saying that “it’s written in the Scriptures, and it’s not some idle claim” that “you want it darker; we kill the flame.” Indeed, there are several verses in the Bible where God proclaims that He “will come to thee in the darkness of a cloud” (Exodus 19) or “would dwell in thick darkness” (1 Kings 8).

But the most affective verse, at least for me, goes a little something like this:

We’ll talk more about this verse in the Personal Thoughts section, but first, let’s talk about the chorus: “Hineni, hineni, I’m ready, my Lord.” Hineni is a Hebrew word meaning “here I am,” usually a proclamation of taking responsibility and readiness. Indeed, this is where the connection with Abraham and Isaac’s story that Rabbi Sacks was talking about comes from. Abraham responded with a cry of “Hineni” when God asked him to sacrifice his son. So did Moses when God spoke to him through the burning bush, and Isaiah when God asked to send him out with His message. And now, Leonard Cohen calls out to Azrael, the angel of death, that he is ready to join the Lord God at his side forevermore.

Even with its dark and foreboding tone, this is still a wonderful song. The minimalistic instrumentation, featuring a simple drum beat, slight touches of electric organ, the haunting backup vocals of the Shaar Hashomayim Synagogue Choir, and one of the greatest basslines I’ve ever heard come together to complement Leonard’s unique voice.

Speaking of his voice, I feel that it adds an odd sense of irony to the track. Cohen’s voice here is particularly booming and authoritative, lending it the feel of an all-powerful deity proclaiming his gospel to the world. Yet, in reality, it is the swansong for a dying elder man trying to come to terms with the evils of the world in his final days on Earth.

As for the third verse (the one that begins with “They’re lining up the prisoners”), while others have made comparisons to the Holocaust, which is certainly understandable, I can’t help but draw parallels between it and the current situation in the United States. Despite what partisan news networks like Fox, One America, and Newsmax would have us believe, right-wing fascism of a similar kind that Hitler introduced to Germany is growing in the United States. Donald Trump didn’t start it; he just helped crystallize the white supremacist elements that have been present in the framework of America since its very founding, elements that many Americans (myself included) thought had been all but extinguished in the wake of the Civil Rights movement in the 1960s.

The line “I didn’t know I had permission to murder and to maim” in particular makes me squirm because it seems that there are still way too many people in this country that don’t believe that black lives matter. BLM and antifascist protesters are met with the worst police brutality. In contrast, white supremacists and literal Neo-Nazis are met with handshakes and solidarity, even as they commit terrorist attacks against our most sacrosanct government institutions. The black, Latino, and Native American populations continue to be left in poverty and starvation, as are billions of people all across the global south. In contrast, the 1% continue to amass vast sums of wealth that they do not need. And yet, when those people steal just to get by and rise up in protest to demand their rightfully deserved necessities, they are met by police apologists demanding an increase in funding and right-wing politicians accusing them of being part of a Communist plot.

Speaking of which, upon listening to the song again, I noticed that Cohen never explicitly identifies the subject he is speaking to. True, there is the “Hineni, hineni, I’m ready my Lord” chorus, but that could easily be him turning away from the subject of the verses to beg God to deliver him from the madness of Earthly life. But who is it that really “wants it darker”? God? Satan? Republicans? Billionaires? Whoever started that dumbass QAnon conspiracy? Okay, maybe not that last one, since that only really started up a year after Cohen died, but the pieces that came together to form it were still there when the song was being recorded.

But, to conclude, this is a truly profound song. It has applicability to many things, from existentialism to the religious mind to the rise of fascism, past, and future. I’m happy Cohen was able to gift this masterpiece to us before his death. Hopefully, he has found the peace that so often eluded him on Earth.