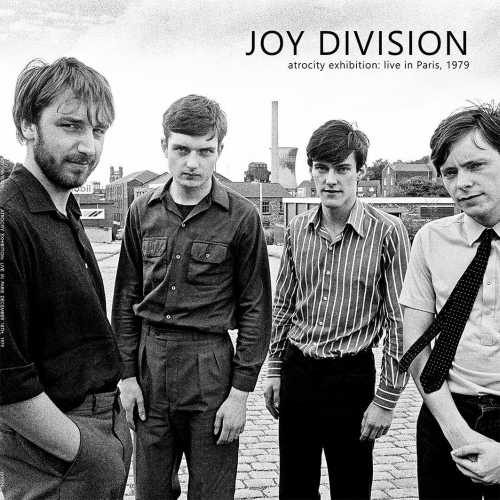 Today on P.J.’s Ultimate Playlist, we cover one of the most (in)famous bands to come out of the late seventies post-punk movement. Post-punk is an umbrella term used to describe several different styles of music that tried to apply punk rock’s energy and DIY stylings to genres not necessarily within the parameters of rock, like electronica, jazz, funk, dance music, etc. The movement produced numerous bands of note, from Siouxsie and the Banshees, Public Image Ltd., and Pere Ubu to Devo, the Talking Heads, The Cure, The Fall, and Gang of Four. It was not only the starting point of a surprising number of commercially successful bands, like U2, R.E.M., and Depeche Mode, it also helped influence even more experimental genres like goth rock, no wave, and industrial.

However, the band I want to focus on today is best known for the life of its lead singer, who died tragically at a far too young age and thus cast a shadow not just on the band member’s reputations but also on the history of post-punk as a whole. So let’s talk about Ian Curtis and the genre he helped define.

The band was conceived in the town of Salford in Greater Manchester, England, after childhood friends Bernard Sumner (guitars) and Peter Hook (bass) attended a Sex Pistols concert on June 4, 1976. After acquiring the talents of Stephen Morris on drums and Ian Curtis on vocals, the group initially chose the name Warsaw, after the David Bowie song “Warszawa.” However, the group soon decided to rename themselves to avoid confusion with an obscure punk group from London called Warsaw Pakt. Their new name, Joy Division, raised some eyebrows at the time since it was inspired by sex slavery programs run in Nazi concentration camps. This, combined with the illustration of a Hitler Youth prominently displayed on the cover of their debut EP, An Ideal for Living, led to accusations of Nazi sympathies.

But this minor controversy didn’t deter local TV personality Tony Wilson from signing the band to his independent Factory Records label shortly after. The band would go on to release two albums with Factory. Unknown Pleasures was released on June 15, 1979, followed by Closer, released on July 18, 1980. The non-album single “Love Will Tear Us Apart,” released the previous month, became their first chart hit, reaching the 13th spot on the UK singles chart.

Sadly though, Ian Curtis would not live to experience this success. Ian had epilepsy, which would often cause him to experience seizures in the middle of a concert. This condition did not mix well with the band’s relentless touring schedule, and Ian quickly drove himself to exhaustion. Bouts of insomnia, alcoholism, and a failing marriage finally combined to send him beyond the breaking point. His wife, Deborah, found his body hanging in his apartment on May 18, 1980, with the album The Idiot by Iggy Pop playing on the turntable and Werner Herzog’s Stroszek playing on the TV. He was only 23 when he died.

Both albums would go on to influence the alternative rock scenes on both sides of the Atlantic. Joy Division itself had made a pact to change their name if any member left. Thus, after recruiting Stephen Morris’ partner Gillian Gilbert as a new guitarist/keyboardist, they regrouped as the seminal new wave group New Order.

But what exactly was it about Joy Division’s sound that made them so influential to future bands as diverse as The Smiths, Radiohead, the Pet Shop Boys, and the Smashing Pumpkins. Maybe I can do my best to explain as I examine the opening track of Closer, a stark and riveting piece of music titled “Atrocity Exhibition.”

The song takes its title from the experimental anthology novel The Atrocity Exhibition, written by J.G. Ballard and published in 1970. Inspired by recent tragedies like the Kennedy assassination and his own wife’s sudden death from pneumonia, the book attracted controversy for its sexually charged nervous breakdown of a plot, which sees the narrator fantasizing his way through several different roles and scenarios to try to make sense of the chaotic world events he’s living through. Ian Curtis only read the novel after he had written the majority of the lyrics, however.

When listening to the song, one may scratch their head, wondering why the band chose this of all songs to open the album. It sounds nothing like anything that Joy Division has done before, be it the straight punk of An Ideal for Living or the dirges on Unknown Pleasures that sound like Black Sabbath minus Tony Iommi’s heaving metallic crunch. Granted, the calm and steady bass riff sounds like business as usual, as does Ian Curtis’ vocals (albeit a bit more strained than usual).

Stephen Morris’ drums, on the other hand, sound much more tribal and African inspired than the more straight-ahead beats of “Shadowplay” and “New Dawn Fades.” This chaotic atmosphere is further reinforced by the guitar work, which dispenses with recognizable riffs and instead simply bangs away with random screeching, clattering, and scraping sounds that might sound more at home with future noise rock groups like Swans, Big Black, or The Jesus and Mary Chain. This may have something to do with the fact that bassist Peter Hook and guitarist Bernard Sumner switched instruments for this track. The result, as TV Tropes put it, sounds “like a chorus [read: cacophony] of deformed souls moaning in agony.”

Martin Hannett’s production, which shaped the sound of both albums, is the final piece that brings it all together. His cavernous and atmospheric production style has been widely praised for how well it complements Ian’s tales of isolation and mental torment. However, Sumner and Hook hated it at the time mainly because they thought it was too far a departure from their more aggressive live sound. On the other hand, Morris and Curtis liked what they heard and thought it would be asking a bit too much for Hannett to make an exact copy of their live sound.

The lyrics seem to be Curtis spelling out his view of society and human nature, with a chorus that solely consists of the phrase “This is the way, step inside.” What exactly is Curtis beckoning the listener to see? Allow the first verse to illustrate:

This verse likely references the practice of 19th century Englanders to visit mental asylums to watch the struggles of the mentally ill inmates, as if they were animals caged up in a zoo. It also has a much more personal meaning for Curtis related to his epilepsy. While he was initially open about his diagnosis, he started to become paranoid that much of the band’s audience was there hoping Curtis would have a seizure on stage. It’s certainly not hard to see how Ian could draw a connection between such sick ways of getting entertainment, given the continued stigmatization of those with mental and developmental disorders.

The darkness and nihilism only grow more in scale as the song progresses. The second verse adds to the asylum inmate’s ordeal:

Here, Ian reaches further back in history to the gladiator games of ancient Rome for another case of humans being entertained by atrocities, especially those the ruling class considers so far beneath them as to be barely even human.

After this point, Ian’s narration seems to take the form of a godlike outside observer, watching with glee as the lower classes of humanity struggle against the powers that be, only to be knocked back down into the stations their rulers have chosen for them and slaughtered if they refuse to stay put.

The song ends with this spine-chilling parting message from the omniscient narrator:

Here, the narrator seems to admit that he’s been orchestrating these atrocities from behind the scenes and argues that these atrocities will always plague humanity for as long as they continue to exist as a species. The verse takes even darker personal implications for Ian’s mental health at the time if one interprets the last line as an answer to this line from the Unknown Pleasures track “Disorder”:

Those familiar with my political beliefs probably already know where this is going: late-stage capitalism and America’s cultural takeover of the world. It’s hard not to draw parallels between the third verse and America’s forever wars (“See mass murder on a scale you’ve never seen”), its ongoing problems with racism and police brutality (“Meet the architects of law face to face”), and the rigid class divides enforced by the moneyed classes (“And all the ones who tried hard to succeed”).

I can certainly relate to the last line of the first verse (“Behind his eyes, he says ‘I still exist'”) as a person on the autism spectrum. In a society that looks down on the neurodivergent, it’s hard for me not to be self-conscious about my disorder. I usually keep it secret from my coworkers and friends out of fear that they may simply dismiss me as a “retard.”

I feel like Ian Curtis might have been having the same thoughts I’m having right now when he wrote this song. Indeed, many of the lyrics in the last two verses seem to be referencing various capitalism-induced crises that have only gotten worse in the four decades since his death, from the cycle of poverty to the destruction of the environment (“All the deadwood from jungles and cities on fire”). He had previously talked about the bloody history at the roots of the current global order in “Dead Souls”:

Fortunately, I have faith that there is a way out, and it lies in what the fourth verse refers to as “pursuing the path that’s been buried for years.” You can call that path whatever you want; Daoism, anarchism, socialism, paganism, the indigenous peoples’ ways buried by the tides of imperialistic conquest. There is no need to surrender to the defeatist attitude that Mark Fisher named “capitalist realism.” We can fight this, and we should.

And that’s all I have to say about the song “Atrocity Exhibition.” Next time, I will be starting a new series where I will dive into various leftist ideologies to teach my readers (and myself) how they would run a post-capitalist world. So until next time, stay safe, beautiful watchers, and rest in peace, Ian Curtis, wherever you may be.