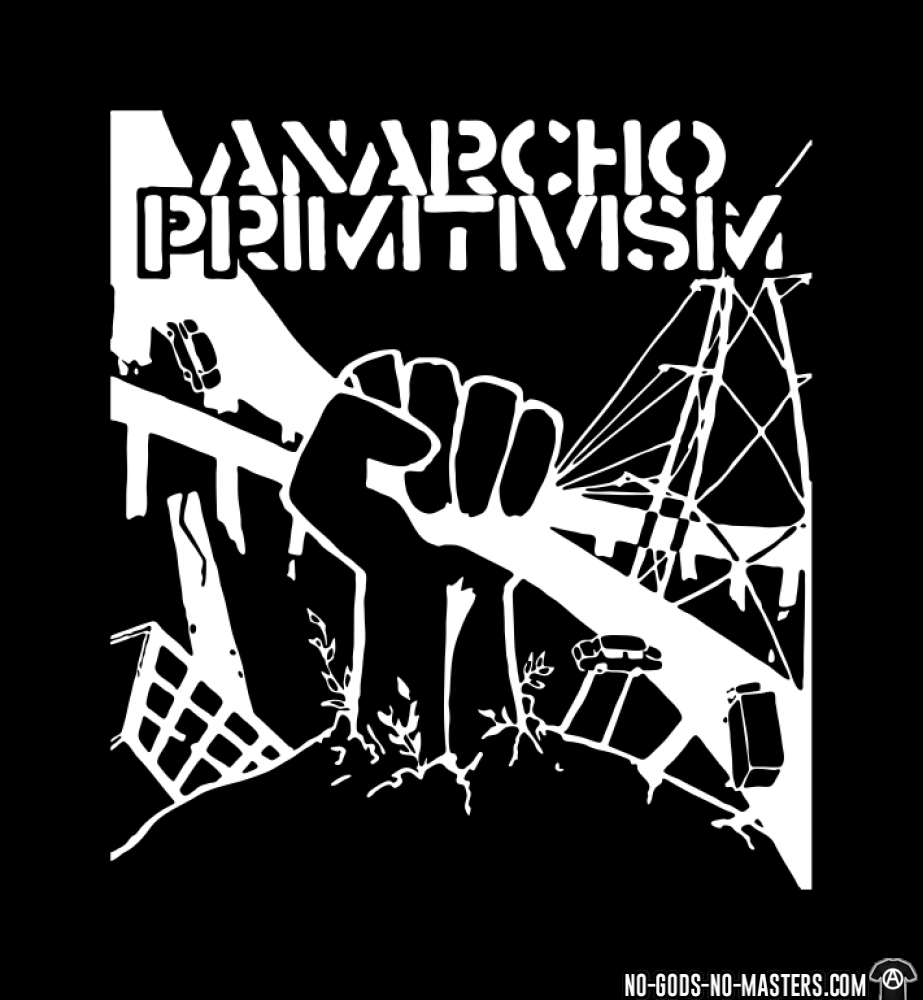 Welcome to my new multi-part series on this blog! You could view this in some ways as a continuation of my “How Anarchism Works” post that I wrote way back around the time I first started this blog. I still think it holds up splendidly as an excellent introduction to the kind of things that anarchists like myself believe in.

However, I do feel there is one big issue with the piece as a whole: It’s far too narrow in scope, as it doesn’t cover the beliefs of every different strand of anarchist thought. In “How Anarchism Works,” I mostly only covered the strand known as “anarcho-communism” and its closely related partner “anarcho-syndicalism.” That’s not necessarily a bad thing. For starters, social anarchism, of which the above-stated ideologies are a part, is the most popular anarchist ideology. And, of course, trying to cover the beliefs of all anarchist doctrines would turn the post into a book, and that would be far beyond the scope of someone like myself who only discovered this stuff mere months before I started this blog.

For these reasons, I have decided to start a series dedicated to individually examining the different ideologies of the political left to see how they compare and contrast with one another. This won’t be restricted to just the libertarian socialist left, however. I also want to examine several leftist ideologies that don’t fall under the anarchist umbrella. I want to understand, for example, how the Marxist-Leninists differ from the Maoists, or Stalinists from Trotskyists, or what separates collectivist anarchism from mutualism. This is just as much for my benefit as for my readers since I’m still a complete noob at this myself. I fear that my affinity for anarcho-communism might make me somewhat biased in my coverage of several of these ideologies, especially non-anarchist ones. However, I still need to know, and I want to share whatever knowledge I have gained with whoever might be interested in hearing it.

But enough about explaining my motivations for starting this series. For now, let us begin with the very first ideology I wish to profile in this series: anarcho-primitivism.

Anarcho-primitivism is often considered to be the most extreme wing of the larger “green anarchism” movement. Green anarchism (which also includes schools of thought like anarcho-naturism, green syndicalism, and social ecology) is often contrasted with classical anarchism (sometimes referred to as “red anarchism”). Green anarchists tend to argue that classical anarchists do not place enough emphasis on the human relationship with the natural world and that we must think about how we may liberate the non-human plants and animals of the world from the same hierarchical forces that led humans to dominate other humans.

Anarcho-primitivists (who I will call “an-prims” for short from this point) go a bit further than that. Their basic thesis is that the problems with human civilization are rooted in the very creation of civilization itself. Specifically, they believe that the shift from hunter-gatherer to agricultural societies during the Neolithic Revolution is at the root of the widespread coercion, social alienation, and social stratification that socialists of every stripe want to see eliminated from human society.

An-prims thus advocate for eliminating all technology developed after the advent of agriculture and especially after the Industrial Revolution in favor of hand tools, minimalist housing, and wild food sources. It is from an-prims, as well as the green anarchist movement as a whole, that we get the term “rewilding,” which refers to the process of undoing not only the domestication that humans inflicted on wild plants and animals during the Neolithic Revolution but also the domestication that agricultural (and later industrial) societies have inflicted on humanity.

Suppose you want a picture of what an ideal an-prim society might look like. In that case, one essay I found in The Anarchist Library quotes a passage from Chuck Palahniuk’s classic novel Fight Club:

Picture yourself planting radishes and seed potatoes on the fifteenth green of a forgotten golf course. You’ll hunt elk through the deep canyon forests around the ruins of Rockefeller Center, and dig clams next to the skeleton of the Space Needle leaning at a forty-five degree angle. We’ll paint the skyscrapers with huge totem faces and goblin tikis, and everything what’s left of mankind will retreat to empty zoos and lock themselves in cages as protection against the bears and big cats and wolves that pace and watch us from outside the cage bars at night.

Now, eliminating technology doesn’t necessarily mean “literally everything we’ve created since 12,000 BCE needs to be destroyed.” The primitivist view of technology tends to be more ambiguous than outright evil. They don’t tend to think that it’s their duty to take the destruction of modern civilization into their own hands. They tend to believe that our current technology-based society is inherently unsustainable and prone to collapse any day now. When that happens, they see themselves being there to lead the wayward sons and daughters of Mother Earth into a new and more harmonious age.

Some have argued that the roots of anarcho-primitivism go back to Henry David Thoreau’s classic Transcendentalist work Walden which advocates for a self-sufficient lifestyle in harmony with nature in opposition to the then-current Industrial Revolution. Thoreau’s work (and that of Leo Tolstoy and Elisee Reclus) would influence the anarcho-naturist movement in the early 1900s, which shocked more conservative onlookers in Europe and Cuba with their proclivities toward nudism and free love.

In the United States, an-prim is generally best known for its association with the Philadelphia-based MOVE organization and Ted Kaczynski, better known as the Unabomber. MOVE, founded in 1972 by John Africa (born Vincent Leaphart), can be understood as the missing link between the Black Panthers and the naturalist communalism of the hippie movement. It is especially infamous for its involvement in the May 13, 1985 incident in which the Philadelphia Police Department dropped C-4 explosives on a house with thirteen MOVE members (six of them children) holed up inside, John Africa being one of them. Not only did the ensuing fire kill all but two of the MOVE members (Africa being one of them), but the fire department simply let it burn until sixty-five houses in the surrounding neighborhood burned with it. Unsurprisingly, subsequent investigations and lawsuits found that the city had used excessive force and violated the MOVE members’ Fourth Amendment rights.

As for Kaczynski, his writings, especially the 1995 essay “Industrial Society and Its Future,” were embraced by an-prims for its core thesis that the Industrial Revolution ushered in a harmful process that destroyed nature and human freedom by making them slaves to advanced technology. As such, his bombing campaign was his way of attempting to topple this industrialized society to mitigate the devastation it wrought. However, even though he was friends with prominent an-prim John Zerzan for several years, Kaczynski has criticized the primitivist movement as having an overly romanticized view of hunter-gatherer cultures, as well as leftists politics as a whole for, in his view, simply trying to replace the current organized, technological society with a different, collectivist one. As such, several eco-fascists like the Christchurch and El Paso shooters have cited Kaczynski as an inspiration, although Kaczynski has also condemned fascism as a “kook ideology.”

From what I’ve gathered, the most popular writers in the field of anarcho-primitivism are the aforementioned John Zerzan and Derrick Jensen (Daniel Quinn’s 1992 novel Ishmael also seems to be highly regarded amongst their ranks). Zerzan is best known for his essay collections, including a 1994 compilation of his own writings titled Future Primitive and Other Essays and 2005’s Against Civilization: Readings and Reflections, which collects writings of others who have influenced primitivist thought.

Derrick Jensen, for his part, is probably best known for his two-volume book Endgame, published in 2006, in which he advocates for the overthrow of our unsustainable civilization through violence, in a similar manner to the 1917 Bolshevik revolution. I confess that I haven’t read either of these men’s work, although even with the somewhat cursory research I’ve done on this philosophy, I feel comfortable in sharing my opinions on what I’ve seen.

As someone with strong romanticist leanings, I will admit that there is a certain appeal in the prospect of going back to a bygone age where humanity lived in harmony with nature instead of trying to strangle it into submission. I can’t tell you the number of times I’ve seen abandoned houses or other buildings on the side of the road during a drive in the country and wished we would just let the buildings rot and let the lots they lie on be reabsorbed back into Gaia’s bosom. But when looking at the primitivists’ ultimate end goal, my rational side immediately kicks back and says, “Now hold your horses there, buddy”!

First of all, there’s no way of getting around the fact that achieving the kind of civilizational collapse that an-prims seek would undoubtedly condemn millions, if not billions, to premature death. True, an-prims generally don’t want to perpetrate deliberate genocide to achieve a Malthusian cull of human overpopulation. Still, the simple fact remains that they want to abolish the current technological infrastructure that has made modern living standards possible. Do an-prims seriously believe that humanity will just give up indoor plumbing just like that?

This brings me to my second significant objection: I find the entire foundation of the primitivist worldview, that all technological development since the Neolithic Revolution has been nothing but bad for humanity and the world, to be ridiculous on the face of it. I mentioned indoor plumbing above, and the modern medical system is another thing that has benefited humanity (well, at least when it’s not driven by profits like here in America). Yes, technology has several bad effects, like war and the harmful effects of social media, but it’s not civilization itself that is to blame here. It is the capitalist perversion of it, seeking human suffering and misery and ecological collapse on a scale we’ve never seen for the sake of the ruling class’s bank accounts.

Finally, an-prims don’t seem to realize (or don’t care) that systemic racism and classism inherent in the capitalist system would mean that marginalized communities would be disproportionally affected by the kind of civilizational collapse that the primitivists advocate for. Indeed, not only has the an-prim movement as a whole faced several accusations of transphobia in the past, but it often seems disturbingly easy to draw a direct line between anarcho-primitivism and eco-fascism, even if, as stated above, an-prims aren’t seeking deliberate genocide or to deny certain ethnic groups resources so the “superior race” can keep them for themselves.

All that said, though, I generally don’t think the an-prims are a significant threat to the world in the same way that fascism as a whole is. Even many an-prims seem to be self-aware that their philosophy is far too extreme even for most leftists and that it has more utility as a critique of late-stage capitalism than a practical alternative to it.

I’m still doggedly in the anarcho-communist camp myself, but I’m by no means dogmatic about it. Anyone who wants to make their own communes based on their own philosophies are free to do with them as they wish. Make it Marxist-Leninist if you wish, or black separatist, or even anarcho-primitivist. I really don’t care. I just care about overthrowing the capitalist system so we can finally be free to make those choices for ourselves.

So that was my first entry in this new series about leftist ideologies. Let me know how well I did, and join me for the next episode in the series. I haven’t decided what the next philosophy I will discuss is yet, although I have been leaning toward Marxism-Leninism. We’ll see about that, but first, Halloween is coming, so I will be delving back into the mysterious world of paranormal triangles for the next blog post. Until then, stay golden, my beautiful watchers!