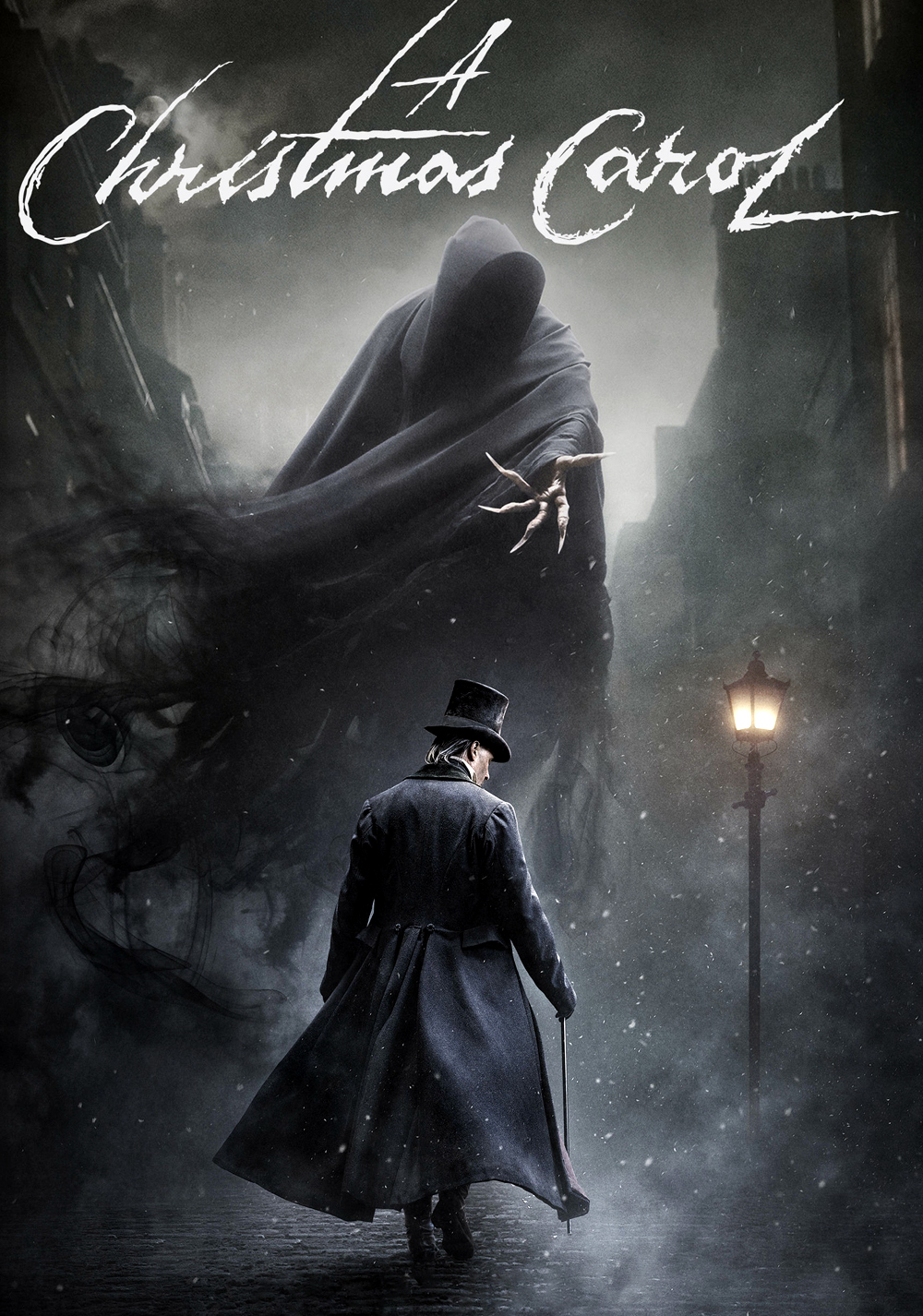 …and it is easily one of the most joyless media-watching experiences I have ever had to endure.

We all know Charles Dickens’ story of how the elderly miser Ebenezer Scrooge is transformed into a kinder, gentler soul when several ghostly spirits help him see the true magic of the holiday season. We’ve also seen it portrayed in many adaptions starring Reginald Owen, Alastair Sim, Albert Finney, George C. Scott, Patrick Stewart, and many others in the title role (although the version starring Michael Caine alongside the Muppets will always be my personal favorite). It has been well renowned for not only helping to codify many modern Christmas traditions in a time when the holiday had slowly been regaining popularity in Victorian England but also for simply being a life-affirming story about the value of kindness and generosity.

Even so, some have noted that the story, despite acknowledging the plight of the poor numerous times, doesn’t really engage with the question of why they’re impoverished in the first place and paints too much of a happy, sentimental picture over the very genuine and very terrible suffering that the lower classes went through in this period. Need I remind you that Karl Marx’s Communist Manifesto appeared only five years after A Christmas Carol was published?

It seems that this was the lens that Peaky Blinders creator Steven Knight was approaching the story through when he wrote the three episodes that make up the 2019 adaptation. He decided to lift the veil on the horrific conditions that the proletariat worked under as the age of capitalism truly codified itself in the early 1800s. But does Knight’s approach work when he applies his critiques of systemic abuse to an adaptation of A Christmas Carol of all things?

Before I go into my many, MANY problems with this adaptation, however, I should at least go into what I felt the series did right.

The best element that the series has going for it is its cast. Despite being much younger than the traditional image most of us have of an elderly skinflint, Guy Pearce is suitably imposing, manipulative, and chilling as a more middle-aged Scrooge. Stephen Graham is obviously having fun playing Jacob Marley, providing most of the series’ rare moments of comic relief as he stumbles in confusion through Purgatory. Another standout performance is Andy Serkis as a much more grizzled and imposing version of the Ghost of Christmas Past than we’re used to.

Meanwhile, Vinette Robinson gives an intense performance as Mary, the matriarch of the long-suffering Cratchit family, while Lenny Rush is delightfully adorable as Tiny Tim.

Another point in the series’ favor is its cinematography and set design. The setting is appropriately Victorian, and the design for Purgatory is suitably dark and Christmassy. It takes the form of what looks like a giant abandoned Christmas tree lot, which is tended by the Ghost of Christmas Past periodically burning the trees.

The more horror film-inspired scenes are also very creative, especially during the Ghost of Christmas Yet to Come sequence when Scrooge sees the ceiling of his office transform into a frozen pond surface and watches in horror as Tiny Tim falls through it and drowns.

That being said, the series also does that annoying thing some cinematographers do in that they try to emphasize the darkness of the story by making the shots so dark that you can barely tell what’s happening onscreen. This series is definitely guilty of that, although it does brighten up a little as the story goes along.

The literal darkness is one thing, but the thematic darkness inherent to this version of the story is what ruins it. For example, this version begins with a boy with a prominent facial scar pissing on Marley’s grave. This alone is cringeworthy edgelord bullshit, but what pushes it into unintentional hilarity is that as some of the piss drips on Marley’s corpse, he wakes up and starts loudly complaining about how he’s not allowed to rest in peace. And it all goes downhill from there.

The biggest sin that this series commits is the way it handles Scrooge himself. One can argue that Scrooge in the original novella really wasn’t all that bad a guy. True, he is ruthless in charging his financially challenged debtors for more than their meager dwellings are worth. He also just sits on his wealth rather than spend it on anything and pays Bob Cratchit starvation wages that more than likely are condemning his youngest son to an early death. Plus, when told that the poor would rather die than slave away in prisons or workhouses, he famously responds, “Well, if they’re going to die, they’d better do it and decrease the surplus population!” But that type of evil is subtle enough that some readers (especially those more sympathetic to Ayn Rand) might wonder why he’s treated as evil at all, especially since he is presented as scrupulously honest and, for all his grumbling, does allow Cratchit to take Christmas Day off.

Unfortunately, Knight’s solution to this problem goes so far beyond the realm of good taste that one ends up concluding that Pearce’s Scrooge deserves nothing more than an eternity in the lowest pit of Hell. For example, unlike in the novella where Scrooge and Marley’s business doesn’t seem to go beyond the impoverished Londoners they lend money to, this version portrays them as the Victorian era equivalent of a private equity firm, buying struggling small businesses for far less than they’re worth and gradually ruining them for a profit. The consequences of this are shown plainly when the Ghost of Christmas Past shows Scrooge a factory explosion and a mine collapse that was directly caused by his financial meddling. Indeed, the boy shown pissing on Marley’s grave was a survivor of the mine disaster.

But that’s nothing compared to what made Scrooge this way in the first place.

(Major trigger warning for those sensitive to issues of sexual assault, especially the kind involving children. Please proceed with caution for the following three paragraphs!)

Knight was determined to show Scrooge as having the worst childhood possible, from watching a pet mouse gifted to him by his sister get decapitated by his howling drunken beast of a father…

…to his father letting him be sexually assaulted by his schoolmaster so that he could get a discount on tuition fees. Incidentally, this leads to the other most infamous scene in the series when Scrooge’s sister (named Lottie in this version) pulls a gun on the schoolmaster to rescue Scrooge from his abuse after their father dies. I will admit that I was rather entertained by this scene, mostly because of present-day Scrooge’s reaction (“She pulled a fucking gun on him!” he exclaims in shock).

Later, the effects of this abuse are shown when Mary Cratchit, desperate for money to save Tiny Tim’s life, asks Scrooge for help. Scrooge says he will, but only if she will come to his house to prostitute herself. When she is halfway undressed, however, Scrooge tells her to put her clothes back on, as he wasn’t interested in sex, just in trying to prove how easily people will abandon their morals for money. The Ghost of Christmas Past storms away afterward, convinced that Scrooge is beyond all hope of redemption.

Many critics trashed the series for this, as it seemed less like Knight was using this to open up a dialogue about these issues and more like he just added them for shock value. It doesn’t help that after Scrooge dismisses Mary, she lays a curse on him that is strongly implied to have set Marley and the Spirits on him. The ending even implies that Mary will continue to enlist the Spirits’ help to punish men who abuse women. Many reviewers have pointed out how having the only central non-white character be into witchcraft is… rather tone-deaf at best, but that’s probably a conversation for someone more qualified than me to have.

The unrelenting grimness of the proceedings is not helped by how sluggish the pacing is. The series runs for three episodes that bring it up to a total runtime of just seven minutes shy of three hours. And believe me, you will feel every single minute of it, especially if you watch it all in one sitting as I did with the version shown on Hulu (plus commercials! Joy to the fucking world!).

To give you an idea of just how badly the series paces itself, let me show you where the appropriate plot beats happen in this version of the story:

All of this makes the ending scenes feel incredibly rushed. Scrooge decides to reject redemption because he doesn’t feel he deserves it (Yeah, no shit!) and decides instead that all he wants is to save Tiny Tim from the skating accident he foresaw, which he accomplishes by spreading salt over the ice. He then visits the Cratchits to announce that he’s shutting down his business, thanks Mary for summoning the spirits (ugh!), and heads off to try to become the best person he can be. And despite Pearce’s best efforts to bring back memories of the joyful Scrooges of old, none of it feels convincing. This is still a ruthless, sexually harassing capitalist we’re talking about. After almost three hours of Steven Knight ripping out all of the salvation present in the story, it’s hard for me to get on board with him suddenly taking a 180 and saying, “See, I can do Christmas cheer too!”

I get what Steven Knight was trying to do. He wanted to lift the veil on the economic conditions underpinning this beloved classic and recontextualize it with our more modern understanding. But in doing so, he ended up removing everything that made A Christmas Carol a beloved classic in the first place. Scrooge is turned into an irredeemably awful cad, the darker elements are handled with about as much subtlety as a Monty Python sketch, the story is too busy wallowing in the melodrama to actually go anywhere most of the time, and the supposedly “happy” ending is so rushed and underdeveloped that it almost makes the whole affair seem like an unfunny joke.

Hell, I almost recommend watching Kirk Cameron’s Saving Christmas instead: at least that film’s incompetence makes for good riffing material at parties and such. Basically, any adaptation of A Christmas Carol is better than this one simply by virtue of having some goddamn cheerfulness to them as opposed to three hours of wallowing in a cycle of abuse. And I’m giving this one a 3/10. Merry Christmas and Happy New Year!