Those who watch my blog may know that I have been talking about joining DeviantArt for a while, partially out of a desire to promote The Divine Conspiracy on it. I have been active on the site for about four months now, and I figured it would be a good idea to promote it on the blog. So let’s not waste any time, shall we? Let me show you what I’ve posted on the page so far:

Pretty much all of them so far have been stories I composed for various writing classes in college. The first is a five-part ekphrastic tale based on a series of paintings by Hudson River School founder Thomas Cole titled The Course of Empire. Each painting shows the progression of a fictionalized human civilization from a tribal hunter-gatherer culture to a pagan agricultural society and then to a Greco-Roman style empire that is ransacked and then left for Mother Nature to swallow back up. Links to each of the five chapters are provided below:

The Course of Empires Chapter 1: The Savage State

Those five chapters were originally composed for a creative fiction writing class based on an ekphrastic prompt. This next story, “Skookum,” is based on a magical realism prompt, although I don’t think what I came up with falls into the parameters of the genre. Basically, it revolves around a Bigfoot hunter whose obsession with finding the legendary beast nearly gets him killed but is eventually saved through miraculous means.

As I’m sure you can guess by the format in which the following stories were written, these next three were composed for a screenwriting class. The first deals with a Cristian knight serving in the Crusades who has an existential conversation with a Muslim prisoner of war.

The second takes place inside a writer’s head, where his inner critic (personifying his superego) and the Greek muse of epic poetry, Calliope (personifying his id), battle over his artistic freedom, while a beleaguered bureaucrat from the Ego Department tries to mediate between them.

Finally, I posted a piece of dystopian fiction, centering on a female police officer in a version of the United States that has fallen to a theocratic government, as she struggles to figure out what to do with the gay reeducation camp fugitive who she has allowed to shelter in her apartment.

Stay tuned for the near future when I upload another story based on the Melonheads urban legend from Ohio, which should be coming very, very soon. After that, I’ve decided that I will publish a story that I have already written based in the Divine Conspiracy universe (in parts, because the original manuscript is over sixty pages long) and then post profiles on the characters in the story to help me figure out just what makes them tick. I hope you’ll stay tuned for that and, hopefully, I will see you next time for a very special episode of P.J.’s Ultimate Playlist. In the meantime, here’s the link for my DeviantArt page as a whole: 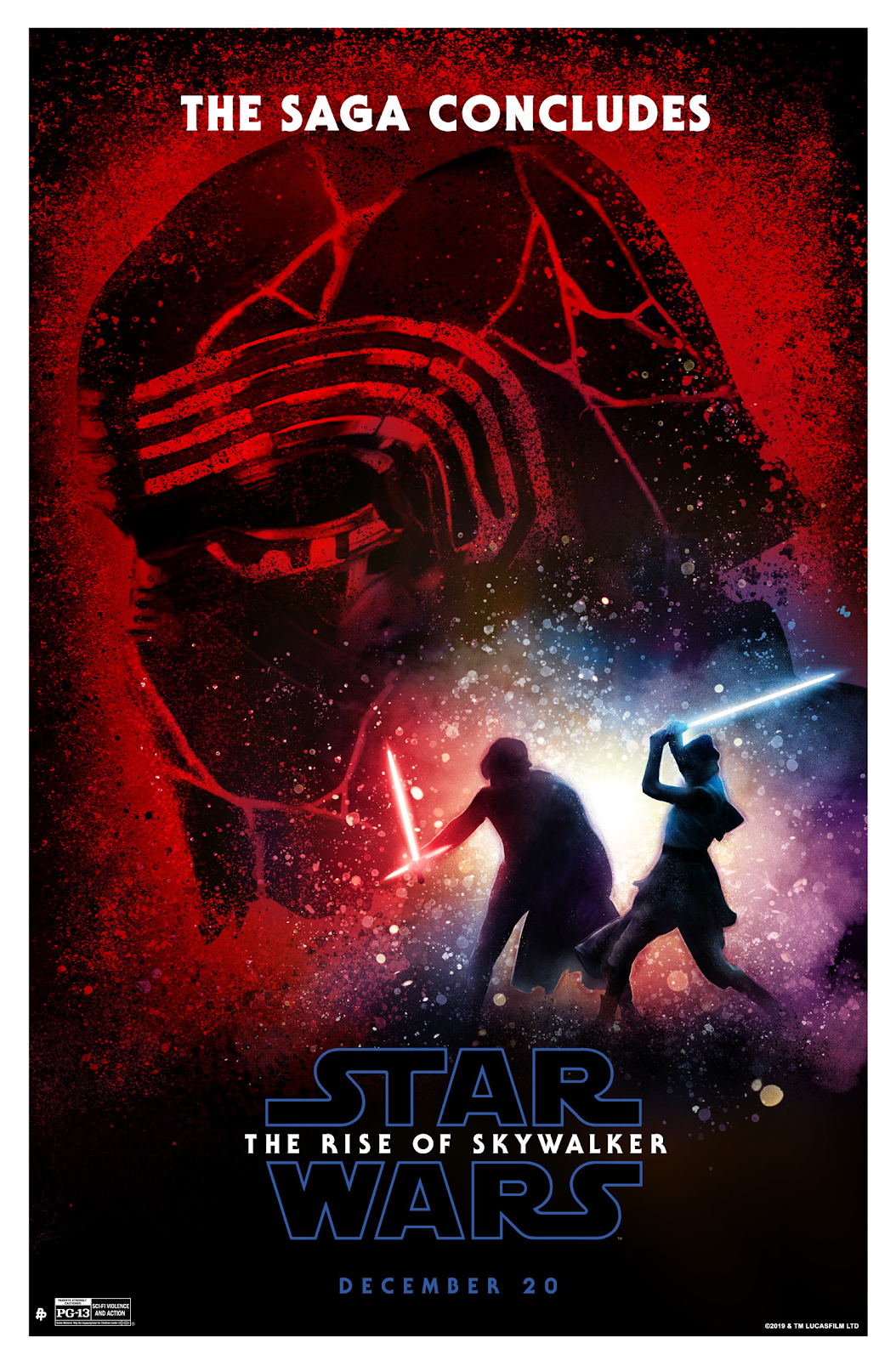 …and I think the fact that they brought back Palpatine for this one really says it all (Warning: I don’t give a shit about spoilers for this one. You have been warned).

Upon its release on December 20, 2019, this film was just as divisive as its predecessor, The Last Jedi. Fans who hated The Last Jedi applauded it as a return to form for the franchise. Fans who liked The Last Jedi panned it as a nakedly obvious case of corporate cowardice on the part of Disney. This review is being written by someone in the latter camp, unfortunately. Granted, I am more of a casual Star Wars fan who’s only watched the movies so far, but I still think I have a right to give my two cents here.

There were several aspects of The Last Jedi that had a lot of more traditionalist fans angry with director Rian Johnson, but probably the biggest was the reveal that Rey’s parent were nothing more than “filthy junk traders,” in Kylo’s words, who “sold [her] off for drinking money.” This made many fans upset, as they couldn’t fathom how Rey could have such mastery over Jedi magic without having been born from a previous Force-sensitive lineage. So how did J.J. Abrams decide to remedy that “problem” here? By making her Palpatine’s granddaughter.

Of course, Palpatine being alive in this movie in the first place is its own can of worms (assuming this is a clone of Palpatine, like some characters in the film suggest, how did they recover his DNA from the wreckage of the Death Star?). But by far the biggest insult in this reveal is how it slaps fans who liked Johnson’s message from the last movie in the face. The Last Jedi tried to teach the message that anyone can be destined for greatness, illustrated beautifully by the film’s final scene. To be fair, Abrams insisted that he thought making Rey Palpatine’s grandaughter would show a more powerful message by having her come from “the worst place possible.” But it still runs into the trap of the “divine right of kings” issue that has plagued previous Jedi protagonists in the franchise.

Another aspect that really pissed me off was how Rose Tico was sidelined after her actress, Kelly Marie Tran, was bullied off social media by racist and sexist alt-right trolls. Many people criticized Disney for this, as they felt the company was capitulating to the absolute worst aspects of the Star Wars fandom. One of the film’s screenwriters, Chris Terrio, tried to defend the choice by arguing that she was written to be a companion of Leia in this film, which became a problem when Carrie Fisher died in the middle of pre-production. But that doesn’t explain why scenes between her and Rey were also cut and why the character was also removed from official merchandise.

Speaking of wasted characters, many reviewers have argued that Finn’s character was utterly wasted in not just this film but the trilogy as a whole. This includes his actor, John Boyega, who felt that Disney had used him as a token minority and didn’t give his character a proper arc. It was implied in the novelization for this film that Finn was going to be revealed as Force-sensitive, but that reveal didn’t make it into the film for whatever reason. Indeed, the only character that felt like he had a genuine arc was Kylo Ren, but his abrupt swerve away from the Dark Side, which was completely against everything Johnson set up in The Last Jedi, made the arc feel hackneyed and without an adequate explanation for his motivations.

But ultimately, that brings us to the biggest reason this film failed: it tries so hard to be the anti-Last Jedi that it completely fails as a standalone film. Doing so completely undermines any artistic purpose that the sequel trilogy could have had and basically turns it into a trite retread of the original trilogy. Indeed, the scene where Palpatine gloats to Rey about how her friends in the rebel fleet are being destroyed in front of her during the climax was so similar to the climax of Return of the Jedi that it was physically painful for me to watch.

The film’s technical aspects were good; the special effects, the camera work, the art direction, etc. The performances were still great, especially from Adam Driver, who manages to sell Kylo Ren’s redemption as well as he can with the script he’s working with (he only says one word after his conversation with Han’s force ghost and acts mostly through body language and facial expressions). John Williams’ music is as exciting as ever, and the battle scenes are as good as they can be given the film’s breakneck pacing.

But still, as someone who really liked the direction that Rian Johnson was hinting at the end of The Last Jedi, I would much rather be watching that film instead. And I’m giving this one a 4/10.